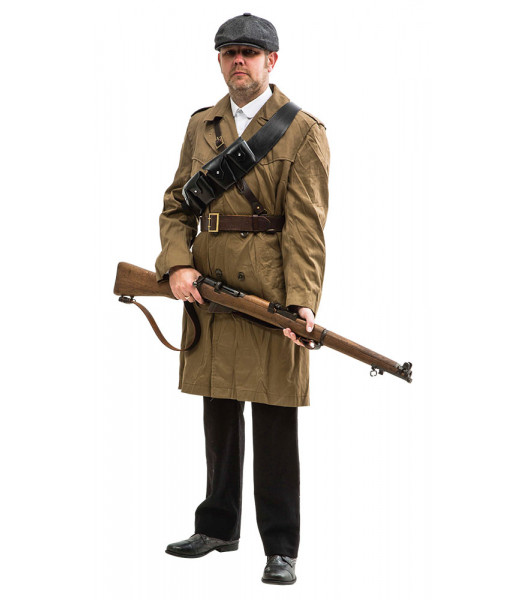 On the 28th November 1920 the IRA scored their first major success against the Auxies, at Kilmichael, County Cork. Up until this event the ADRIC had been seen by the IRA as being almost invincible, however, the West Cork Flying column, led by ex-British soldier, Tom Barry, succeeded in ambushing two Crosley Tenders carrying 18 Auxies, killing 17 and wounding 1.

The Flying Columns were basically armed civilians, obviously as a civilian each member was dressed differently, but a typical Flying Column member would be wearing and what we will supply I -