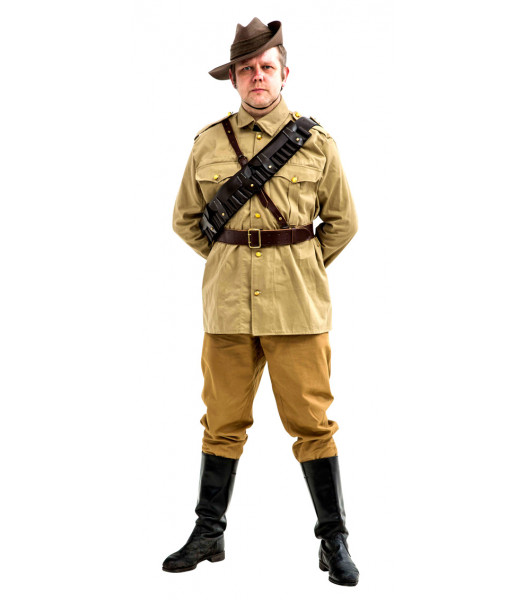 Though not a WW1 uniform, we felt it belonged in the Australian sectionThe Bushveldt Carbineers were an irregular unit formed during the 2nd Boer War to fight behind Boer lines, live off the land and fight as the Boers fought. They contained a high proportion of Australians (40%) and were led by an Australian , Colonel Lenehan. The Carbineers best known member is perhaps Harry "Breaker" Morant, an Anglo/Australian who was tried along with two others (Peter Handcock and George Witton) for the killing of Boer Prisoners, a charge the 3 men vigorously fought against, citing they had been acting under orders.The uniform consists of Slouch HatKhaki Drill 2 Pocket TunicGS ButtonsKhaki Drill BreechesAmmo BandolierSam Brown belt and boots not included 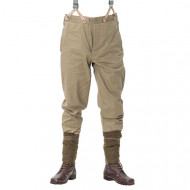 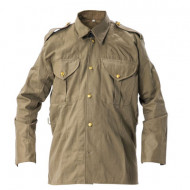 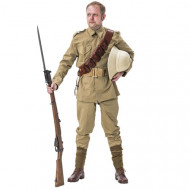 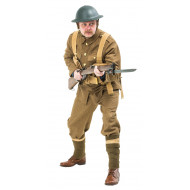 WW1 British Army Soldiers Uniform 1916 "The Somme" - ww1 army uniform
We are now producing these uniforms ourselves here in EnglandAlthough this version contains no large pack, this is the basic uniform worn by Tommy at ..
£364.99
Add to Cart
Add to Wish List Compare this Product
Buy Now Question
Quickview 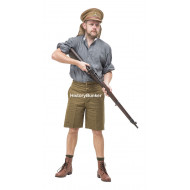 WW1 British Uniform at Gallipoli 1915
A typical British "uniform" at the ill fated Gallipoli campaign, due to the heat at Gallipoli, the troops took to adaption their uniforms, t..
£165.00
Add to Cart
Add to Wish List Compare this Product
Buy Now Question